As for all cultures, Polynesian mythology is bursting with legends transported and transmitted orally and thus, as a result, develop many alternatives to explain the origin of a mountain, the birth of an island, or even an abnormality or specificity in the landscape. Moorea does not deviate from this rule, and to explain its origins, it is impossible not to mention some versions of the myths. In ancient times, the first name for Mo’orea was Aimeho (or Eimeo towards the end of the 18th century) which meant “to eat without seeing”. According to the web site Tahiti Heritage, this designation made apparently reference to an octopus (fe’e) from Papetoai and the position of its mouth not allowing to see what it was eating. The eight tentacles would represent mountain chains forming the island. The myth says that the land surrounding the area where the Ebenezer temple was built in 1833 is sacred. The temple is octagonal in order to commemorate this legend. The district was then known as Fa’ato’ai and featured the Teputapuatea marae – in lieu of the temple – dedicated to the glory of the war god Oro; a source of fresh water; and a large octopus sent by the ancient Gods bringing love and harmony to the population. This lasted for some time until the arrival of the turtle men who told the octopus from the marae all about the wonders of the outside world and their country. Intrigued, some of the inhabitants from Fa’ato’ai requested permission to leave with the turtle men in order to satisfy their curiosity. The octopus accepted reluctantly. When the travelers returned from their voyage, they talked about everything they had seen and how the people lived in this new country. Following this tale, disagreements soon arose within the population. Divisions were created whereby some of the people wanted to continue to live as always and others wanted to try out the ways learned with the turtle men. The Gods blamed the octopus for the divisions created within the people. Upset, the octopus fled hiding on Mount Rotui. In revenge, the octopus squirted ink down one of the sides of the mountain, all the way to Vaihere Beach where the turtle men had originally landed. Still yet today, the fishermen avoid fishing in this area considering the fish to be poisoned. The complete name for the island was Aimeho i te rärä varu which means Aimeho of the eight tentacles. The head of the octopus rests on Mount Rotui and the tentacles form the island’s chain of mountains. When looking from the Papetoai temple, it would appear as if you could see the octopus’ head and the tentacles lying on Mount Rotui. During Marama’s reign, the island was re-baptised Mo’orea. Again according to the web site Tahiti Heritage, the high priest of Nu’urua marae had a vision of a large, yellow lizard: Mo’o, lizard and rea, yellow. However, there exists yet another version about the second name for the island. Once, Temaiatea and his wife lived in a cave on the island of Tupuai-Manu, known today as Maiao. One day, the young woman laid an egg. A yellow lizard hatched from the egg and the couple called it Mo’orea. They raised and nourished the lizard for several years until it became immense. Mo’oreaMo’orea Unfortunately arrived a time when the size of the lizard became a problem for the couple. In spite of Temaiatea’s protests, his wife asked him to abandon Mo’orea for fear that they would be eaten. He finally accepted and the couple launched the outrigger canoe heading for Tahiti. The lizard waited awhile for his parents, but torn by hunger, the lizard finally realized that he had been abandoned. Drowning in despair, the lizard jumped into the sea looking for his parents. After facing three strong currents: Teara-Veri (Centipede), Tefara (Pandanus) and Tepua (Soap), he succumbed, literally exhausted. His huge body washed up on Aimeho. Early the following morning, two fishermen found his body and cried out “Mo’orea”, “Mo’orea”! From this time onward, the island was known as Mo’orea.


Warning: Invalid argument supplied for foreach() in /data/7/8/78ba1f85-c97c-432e-a73a-0347d884e828/mooreamahanatours.com/web/wp-content/themes/MooreaMahanaTours.com/sidebar-instagram.php on line 9 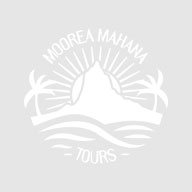 What to bring on a day tour

There are so many things that you try to remember to bring with you when you go on day tour let alone a vacation!

Mo'orea the Sister Island of Tahiti

As for all cultures, Polynesian mythology is bursting with legends transported and transmitted orally and thus, as a result, develop many alternatives to explain the origin of a mountain, the birth of an island, or even an abnormality or specificity in the landscape.